Michoacán is a state is known for its artisan crafts, day of the dead celebrations, and the great natural phenomenon that is the monarch butterfly migration. It is a state steeped in history, having played an important part in Mexican Independence, as well as it long period of occupation before Spanish invaders arrived in the 16th century.

It’s population of just under 5 million people also includes a large number of indigenous P’urhépecha, who’s ancient capital Tzintzuntzan sits in the heart of the state, and it is Mexico’s 16th largest state.

We currently have 2 tours to offer to the Michoacán, including a 5 day tour to see the Monarch Butterflies, and a 4 day Christmas Shopping trip around the state. 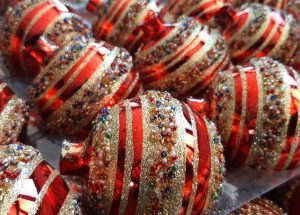 Spend four days travelling the state, visiting the town known for its Christmas extravagance, Tlalpujahua, as well as visiting some of the artisan workshops in Capula, Ocumicho, and Paracho. 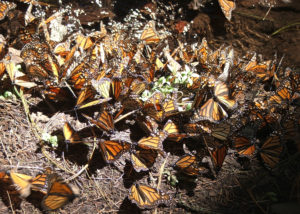 A five day tour to see where the Monarch Butterflies hibernate over-winter, as well as the chance to see the beautiful state capital of Morelia, and some of the quaint magic towns around Lake Pátzcuaro.